The Radiant Child (Jean-Michel Basquiat): “A Basquiat Sells for ‘Mind-Blowing’ $110.5 Million at Auction” was the recent headline from the New York Times. And then: “Joining the rarefied $100 million-plus club in a salesroom punctuated by periodic gasps from the crowd, Jean-Michel Basquiat’s powerful 1982 painting of a skull brought $110.5 million at Sotheby’s, to become the sixth most expensive work ever sold at auction. ” – New York Times 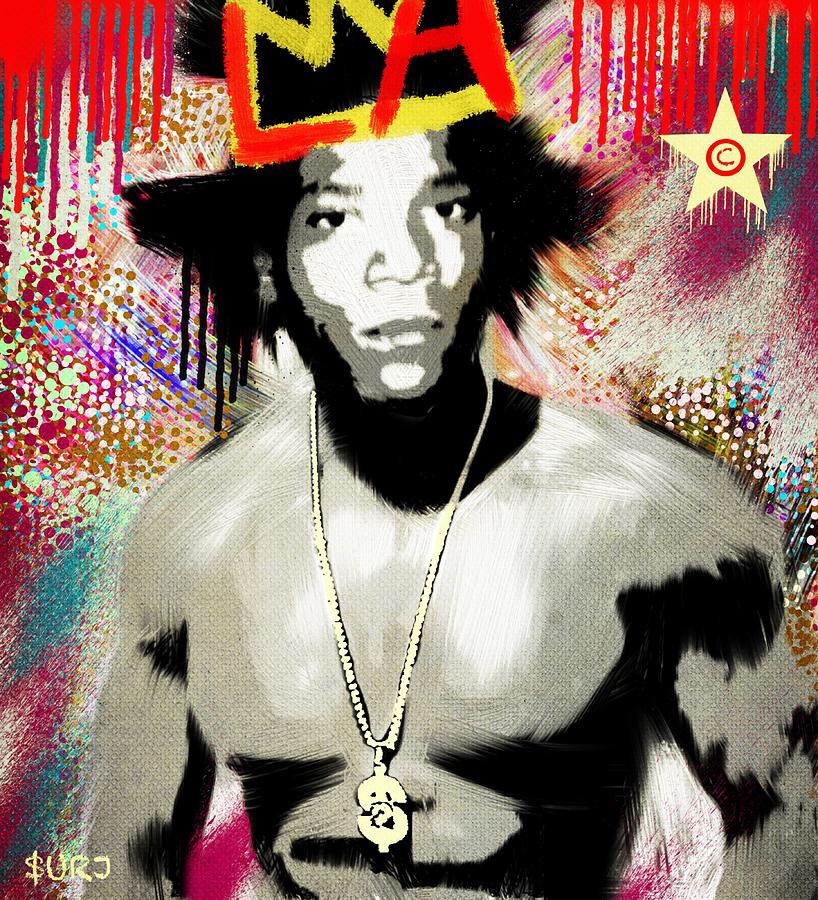 Having just read this, and being a fan of Basquiat’s work myself I felt it very apropos to opine on his work, and how his work has influenced my own (as I’ve done several homage pieces including the “Star Wars” Basquiat Pop Series.)

To be honest, I don’t remember the first time I saw the works of Basquiat? What I remember is it having an impact on me when I began taking my art from the digital world to my first aerosol painting (my first paint medium of choice.)

I’ll be honest, initially, and while I had very little knowledge of the “Art World”, I was a little apprehensive to appreciate his work. Quite frankly, I didn’t get it. It was that whole “A F***in’ child could do this!” Mentality. Well, in some ways, it was the work of a child. . . “The Radiant child.” 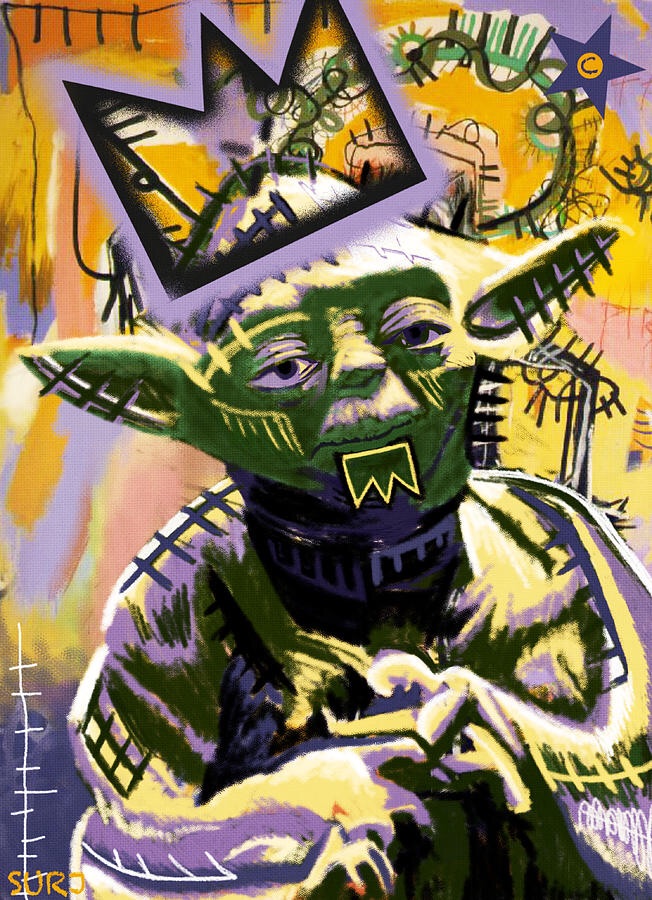 As I continued painting and studying the works of the great Pop and Street Artists, invariably Basquiat continually popped up. I watched his documentaries. I saw him with Warhol, and Keith Haring, Madonna, and on. . . .

Admittedly, and probably not unlike most on this planet, I was easily and instantly seduced by the works of Andy Warhol. His style was remarkable, and, in particular, I was a bit obsessed with how he revolutionized the FINE ART world with his mass production and silkscreen paintings.

Basquiat, on the contrary, was an acquired taste. Kind of like the first time I tried Sushi. The thought was initially less than positive, but eventually, I came around. 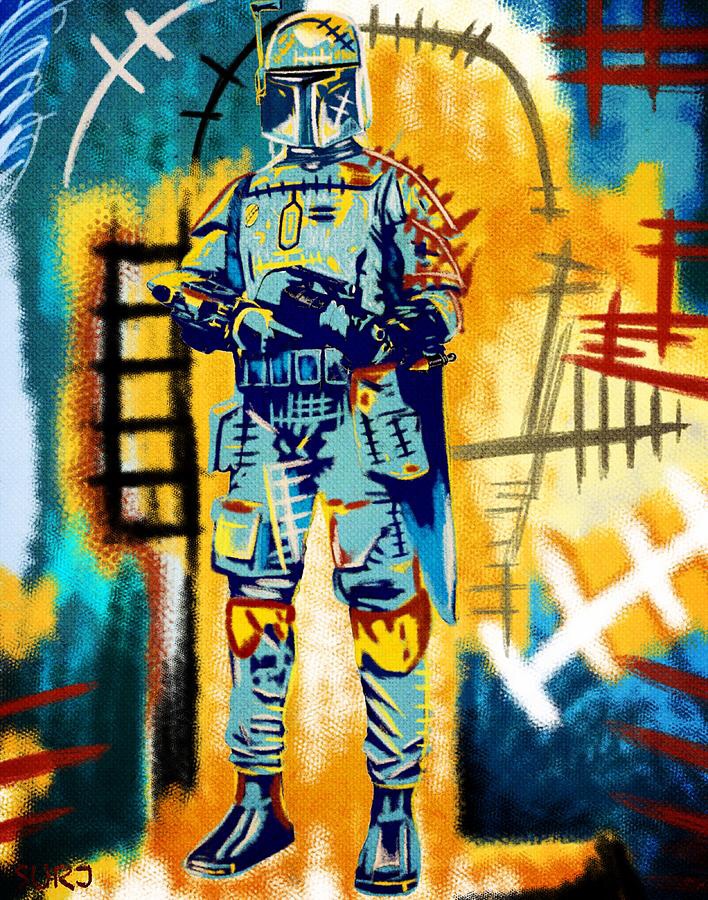 As I began looking at his paintings, I noticed just how much (or little) was on the canvas. No matter the case, I was always left with a “feeling.” Feeling something. A lot of times it was hard to put my finger on what that feeling was. One thing that became increasingly undeniable was how well he used color as a weapon. He broke rules. Quite frankly, with Basquiat, there were no rules. This, was when I really started to appreciate his work. 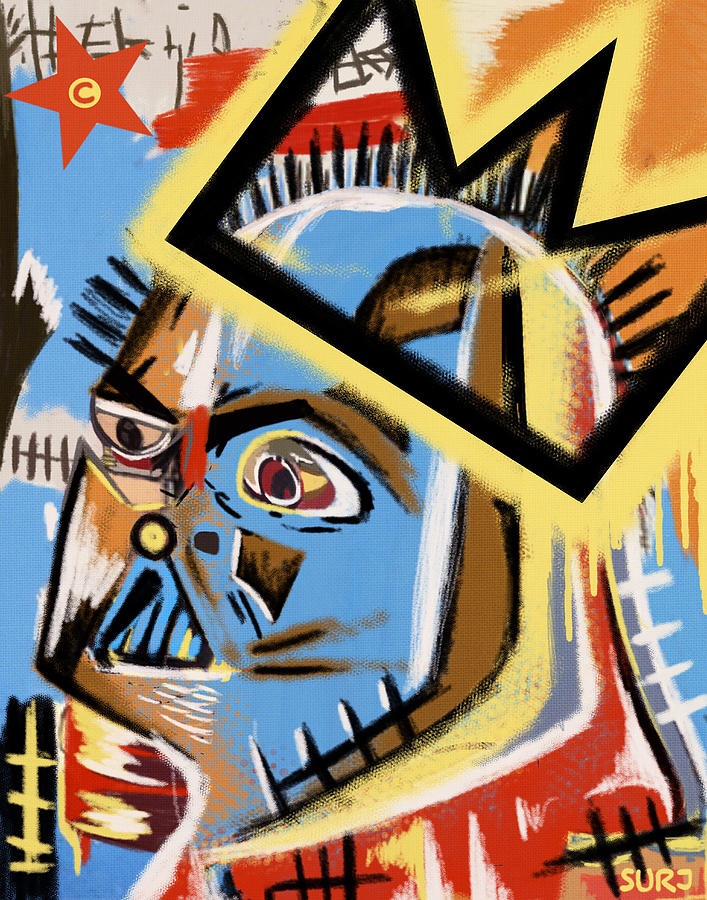 As per many an individual, it often takes just one work of art to then find appreciation in an artist. Basquiat‘s “Skull, 1981” was the painting that solidified my appreciation for his work. I was transfixed. This, of course was after I had been painting fairly incessantly and had a medium amount (at best) of enjoyment for my own works. To then go back and see “Skull, 1981”, I realized how advanced Basquiat was. In some ways, it looks effortless, and some might still say it looks like a child’s scrawl. I think that is still a fair assessment to some extent. But there is a depth to the work. Even a darkness. . . Albeit, a darkness that is attractive. Possibly the way Basquiat himself was attracted to Heroin. Let’s just say, I GOT IT. I get it. I appreciate his works, and I love them. At this point, really, ALL of them.

I do believe, the fact that Basquiat was best friends with Warhol has something to do with his intrigue. Although their styles couldn’t be further from one another, they found a kinship and even produced some unique works together as well. The folklore and legend that surrounds Warhol easily has a cascading effect onto the legacy of Basquiat by way of association. That’s not to diminish him, or his works. In fact, I believe the relationship goes both ways, in that Basquiat contributed to Warhol’s legend equally. So this only enhanced my intrigue and newfound affinity for the works of Basquiat.

Staring at my first Basquiat (MoMA):

I finally paid a visit to MoMA in NYC and saw my first Basquiat, and it was FIRE! Glenn, 1984. I don’t know the full dimensions, but it’s big. Big in size, and vision. If you are hip to the image, it’s a black Mask, painted over collaged notebook style pages (also with similar imagery.) The image is powerful. Again, hard to pin down, but it certainly evokes a feeling. It had an effect on me as I imagine it has on millions.

After having a new, and fully formed (and I would say educated) opinion on his works, I began to do some homage pieces. For some reason, when I saw the “Skull” painting, I thought instantly of doing a Darth Vader helmet with it. And so that was the beginning of my “Basquiat Pop Series” which is a series of Star Wars helmets and characters as seen throughout this post. Eventually, I’ve found myself weaving and imbuing some of his style without thought. . . . It’s now imbued into my subconscious and comes out whenever it feels right. I never set out to to an homage piece anymore, but invariably, there are times when the work reflects that. “Sucker Love” is a good example of that. 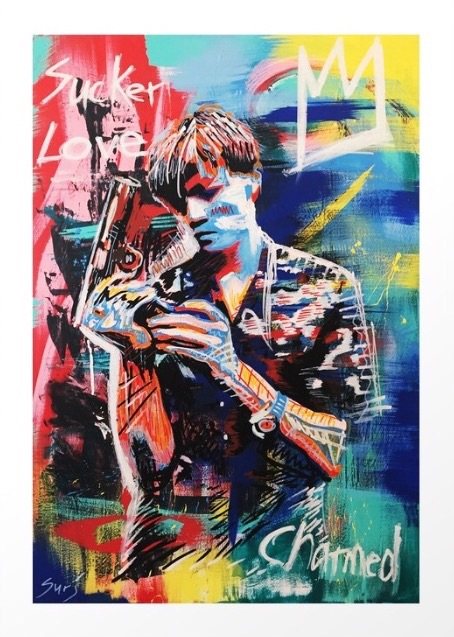 His work deserves the admiration it is getting

It’s nice to see the art world “Crown” his works, and really, the world in general appreciating the work of this genius, who’s life was taken too early due to Heroin. But God bless him for creating the works he did. . . . Cheers to the “Radiant Child” Jean-Michel Basquiat.